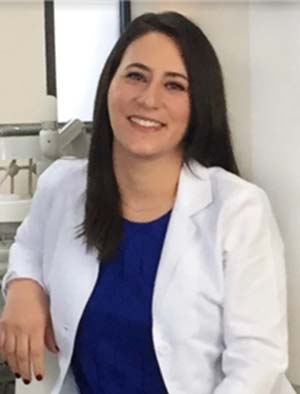 Dr. Allison Gordon began her education at Cornell University, where she received her Bachelor of Arts in Biology and Society, and she then went on to earn her Doctor of Dental Medicine at UMDNJ – New Jersey Dental School (now Rutgers School of Dental Medicine), where she was selected for the Gamma Pi Delta Honor Society.  Dr. Gordon’s post-graduate education includes a General Practice Residency at Woodhull Medical Center, an affiliate of NYU School of Medicine.  Dr. Gordon has completed multiple externships, including at the Division of Dentistry at Weill Cornell Medical College and with the Indian Health Service in Mesa, Arizona.  Dr. Gordon received her Fellowship with the Academy of General Dentistry, which is a distinction earned by less than 6% of dentists.  A routine participant in continuing education programs—including the prestigious NYU Clinical Implantology Program—Dr. Gordon continues to cultivate her knowledge and skills in the ever-changing field of dentistry.  She was recruited to serve on staff at Long Island Jewish Medical Center, where she teaches as a Clinical Attending in the General Practice Residency.  Dr. Gordon was also selected as a Sensodyne oral healthcare expert; her television debut can be watched here.

While originally from New Jersey, Dr. Gordon now lives in Manhattan with her husband and daughter.  She enjoys cooking, craft beer, and reality television.

Back to Meet Our Doctors
HOME